Unfair terms, what are they, how can they be sanctioned? 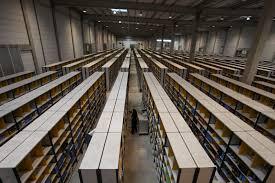 At the origin: fight against the abusive conditions contained in the standard general conditions

Professionals most often offer the consumer or the non-professional non-negotiable standard conditions, pre-drafted, favorable to imbalances, to "abuse", for example in terms of residential leases, insurance, moving, or other contracts intended to the consumer, and regardless of the medium used: purchase orders, invoices, warranty vouchers, delivery slips or slips, bills or receipts.

The French legislator took up the issue with Law No. 78-23 of January 10, 1978, providing that the executive power, on the recommendation of a (state) Unfair Terms Commission, could henceforth curb this massive phenomenon by decreeing what were the abusive clauses.

The abusive clause is one that creates an imbalance, but does not relate to the thing and the price.

An abusive clause is one which, without however being able to relate to the very object of the contract or to the price (other regimes then apply), creates a “significant imbalance”.

The judge, later confirmed by law, also recognized this power, deeming "unwritten" the clause that he could deem abusive in application of legal criteria, in particular on referral from consumer associations or the DGCCRF .

This public order regime is applicable throughout the national territory provided, in principle, that the consumer is there, including when international relations are in question.

It is the public authorities and consumer associations that are most interested in abusive clauses and seek from the judge (after warnings) withdrawal injunctions and compensation.

See for example the group action launched by UFC Que Choisir against Google:

Individuals are not deprived of recourse and will invoke the abusive nature of a clause during a dispute over a contract. They can request the intervention of consumer associations.

In all cases, a clause recognized as abusive will be deemed "unwritten".

What to do in the presence of a clause that one feels is “unfair”?

It should be checked that the clause is not already considered as definitively abusive, or probably abusive, in the lists provided for in articles R211-1 and following of the consumer code.

Indeed, the clauses already declared abusive or suspected of being abusive according to these texts have every chance of being spontaneously abandoned by the seller or the service provider, or confirmed as abusive by the judge.

“The judge may raise ex officio all the provisions of this code in disputes arising from its application.

It dismisses automatically, after having collected the observations of the parties, the application of a clause whose abusive nature emerges from the elements of the debate. (Article R. 632-1 of the Consumer Code)

The judge, but also the professionals, the consumer associations, the public authorities, can in all cases refer to the Commission on unfair terms for an opinion (Articles L882-5 and R822-21 of the Consumer Code).

The collection of court decisions, opinions and recommendations compiled by the Unfair Clauses Commission illustrates the cases where a clause has been qualified as unfair. These decisions may also serve as a reference:

Articles R211-1 and following of the Consumer Code

Be assisted by a specialist trademark and consumer lawyer

The right of withdrawal

The new internet regulations in preparation

Remarks on the interpretation of the contract

Can we have our foreign supplier judged in France?